It might be time to buy the set of DVDs.

We read You Wouldn’t Want to Be in Alexander the Great’s Army.  This gave us a lot more detail about various battles.  This series of books can be pretty gruesome, but are packed full of information.

This week we finished up by doing a couple of easy activities from the AG.  We made Alexander the Great’s horse, Bucephalus.  The AG called for a much nicer looking horse, I totally cheated.  The kids had fun with it anyway.  Jitterbug later told me his horse was named Maximus (from Tangled). 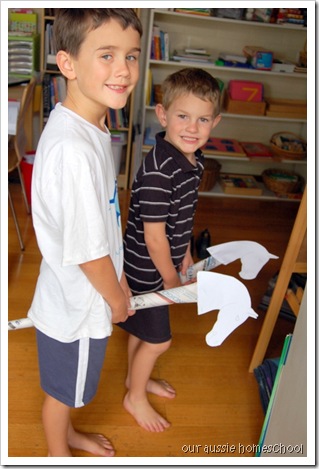 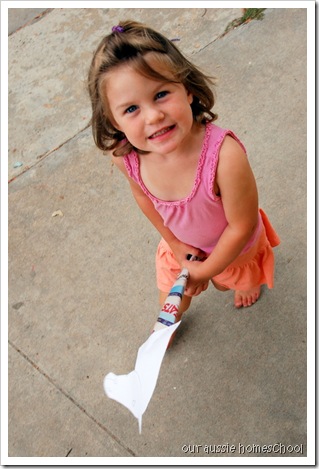 We also played the board game that’s in the AG.  There’s been several of these board games in recent chapters, usually I enlarge them and tape the papers together to give us a larger playing area.  I didn’t bother this time, we had to squint but could still read it well enough to play.  We had to use tiny pom poms for our game pieces. 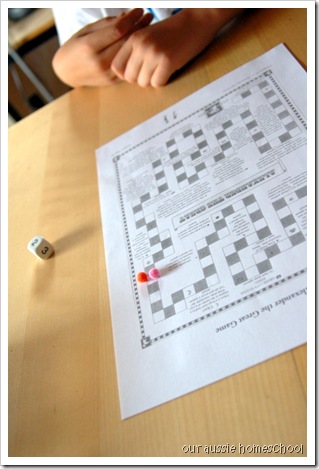 He just wouldn’t give me a real smile.  🙂 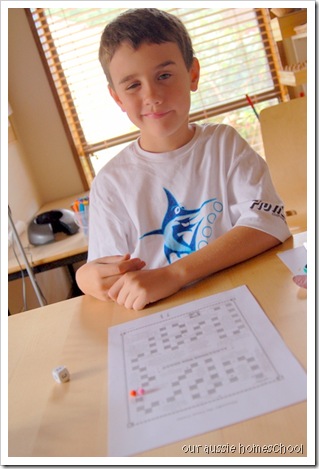 And that’s enough about Alexander the Great!