So way, way back in November there was a total solar eclipse that could be viewed here in Australia.  To get the total effect you had to be much further north than we are.  Here we got about a 40% blackout if I remember right.  It was early in the morning with the peak being about eight o’clock.  We headed to our local science museum to look through their telescopes.  Since it was so early in the morning there was a good turnout, families with kids stopped by before heading off to school.  They gave away eclipse glasses until they ran out, and they even had a sausage sizzle going. 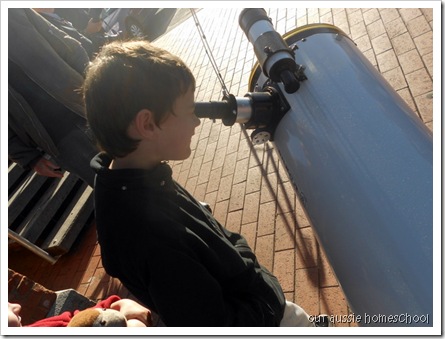 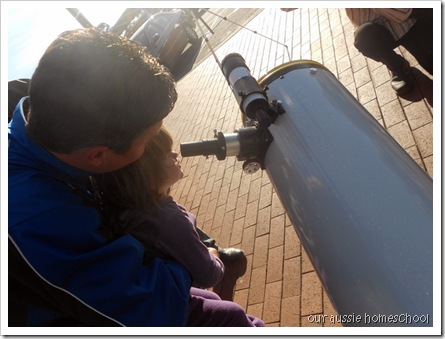 Jitterbug brought his pal along.  🙂 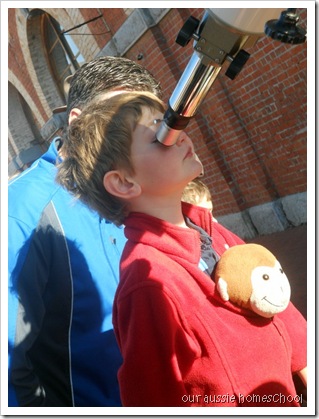 They had one telescope set up to reflect onto a whiteboard. 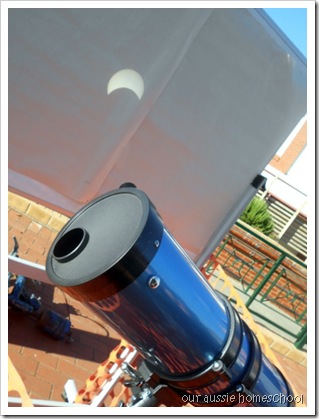 This is a colander held up so that you can see the eclipse through it.  So neat! 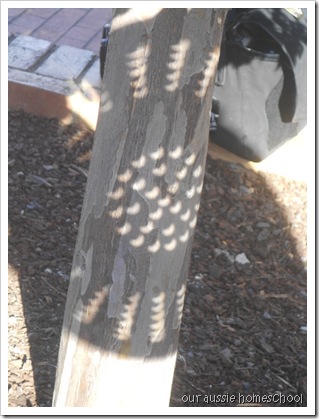 You could even see it through the branches of the trees! 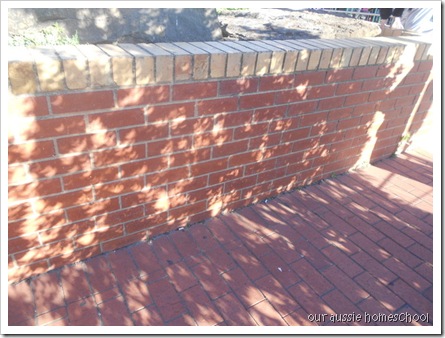 Here’s a video of the total blackout as seen from Cairns (pronounced Cans) in the northern part of Queensland.  I think this was taken from the beach where crowds gathered to watch together.

There will be another solar eclipse in May this year, again viewable from northern Australia so I’m not sure how much we’ll see down here in Victoria.

« The Monster in the Maze
Rockets! »