Have you ever heard that Jupiter is so big that it could hold all the other planets combined?  One of the extra activities listed for our Jupiter lesson was to make planets to scale out of salt dough.  Then mush all the planets except Jupiter together to see which is bigger. So here they are from right to left.  We still include Pluto.  I followed the recipe but was a bit annoyed when it didn’t make enough salt dough to make the planets to the scale it called for.  I quickly made some more and still couldn’t get them the right size, but we made do.  Saturn and Jupiter were both a bit smaller than they were supposed to be. 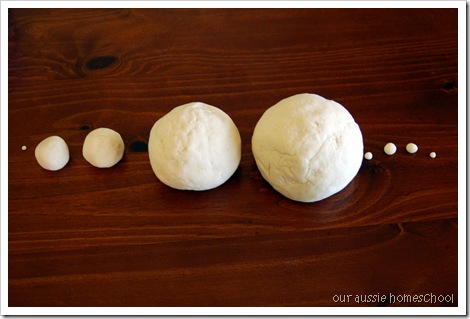 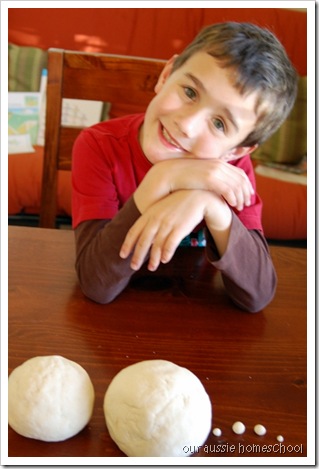 Then we squashed them all together.  Except Jupiter of course. 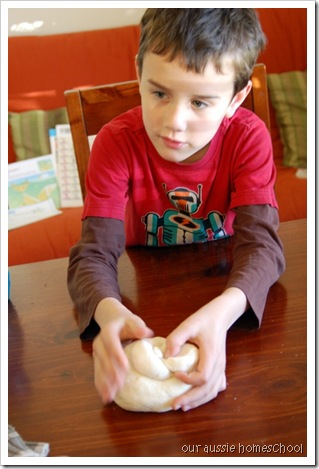 Jitterbug was very annoyed with us for ruining the planets. 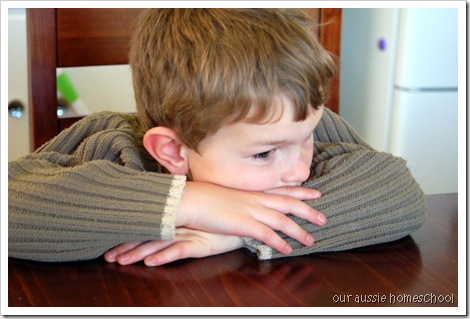 In the end our Jupiter was bigger than all the others combined. 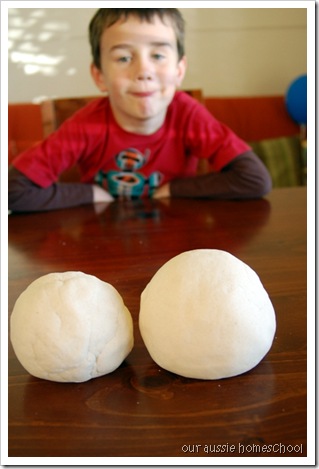 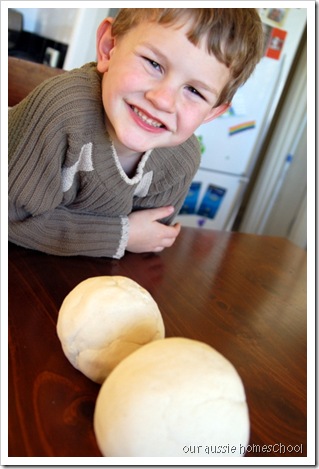 The kids were so interested in this that I thought it was a good time to quickly go back and do one of the activities we’d skipped.  I think it was from the space rocks lesson.  Again, from right to left… 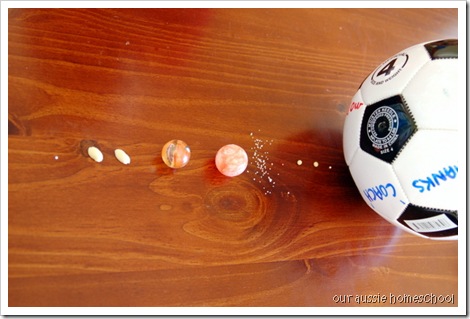 We’ve done this before but more than a year ago, I’d guess.  When we went to our local sceince museum to see the transit of Venus earlier this year, they had a similar activity with some distances too. 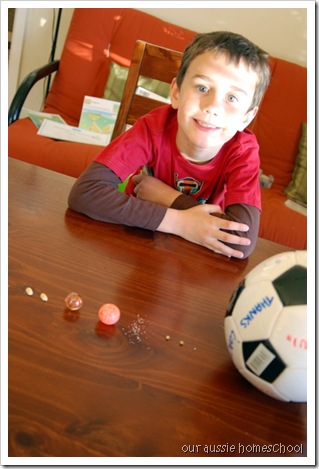 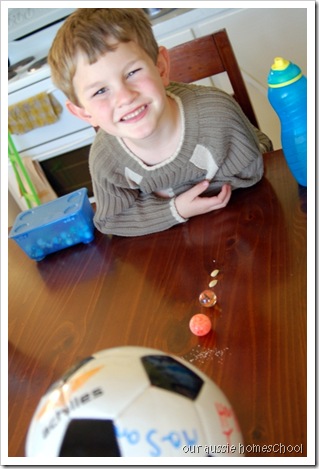 Pluto rolled away before this shot! 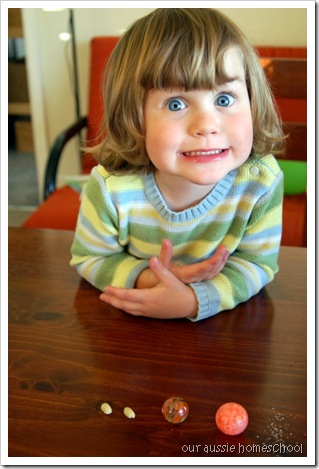 This stayed on our table for a whole day.  It was so fun to look at!  The next afternoon we found Ladybug eating the asteroids (salt).  Skeeterbug asked if he could eat Mercury (a sprinkle).  There was a sprinkle planet for each of them.  Then they finished off the asteroids.  When I wasn’t looking, Ladybug ate Venus (a peppercorn).  Oops!  Tears ensued, and that was the end of our model solar system. Another activity we skipped was a scale of the distances between the planets, we might have to do that as part of our wrap-up of astronomy later this year.

« The Phoenicians
A quick holiday »