Skeeterbug finished his first big chapter book!  While he has started many, and has sometimes re-read books that I have read aloud to him, this was the first big, classic chapter book that he picked up on his own and read cover to cover.  (Big Zac Power and Tashi books just don’t count in my head!)  I had actually purchased this to do as a read-aloud this year, but he found it on the shelf and asked if he could read it.  This has got both of the Willy Wonka books in it…Charlie & the Chocolate Factory and Charlie & the Great Glass Elevator, so really he read two big books.  I think he was interested because it was the same author as James & the Giant Peach which we saw in the theatre and did as a read-aloud earlier this year. 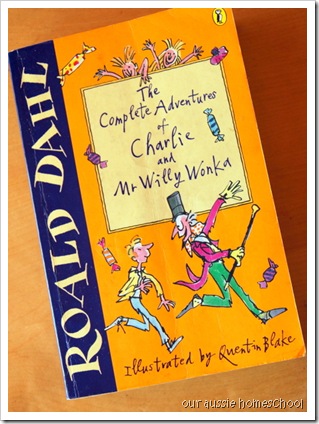 To make this special we did the literature unit from Confessions of a Homeschooler.  (Her units are available individually or as a set, there are ten available.)  We combined it with this Chocolate Study from Homeschool Bits that I found on Currclick for 50c during their back-to-school sale. 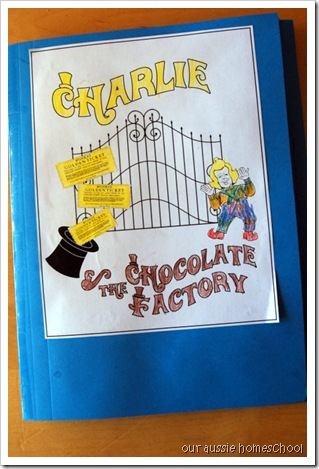 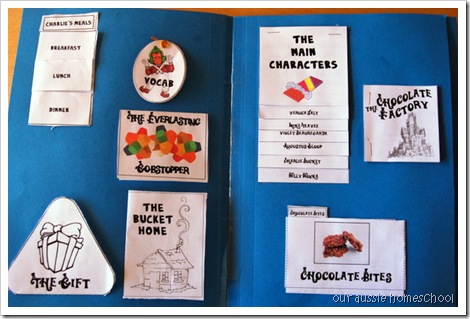 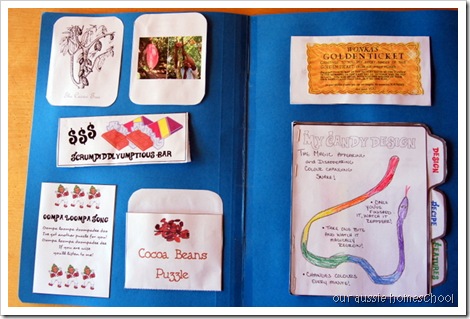 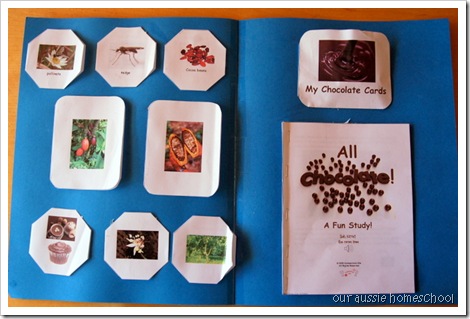 The COAH download included a recipe for Chocolate Bites.  I have this same recipe and know them as No-Bake Cookies, but the recipe I have calls for a stick of shortening.  Yuck.  This recipe used a stick (1/2 cup) of butter instead, which tasted just as good (better!) but meant they wouldn’t harden very well at room temperature.  We ended up storing them as is on baking sheets in the fridge.  (For the few days they lasted before we ate them all!)  These are super sweet. 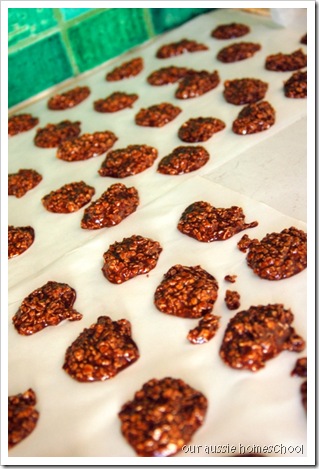 I still remember the first big book I read…Charlotte’s Web.  It made a huge impression on me.  My teacher took me to the school library and helped me pick it out, I can still remember telling her that I cried at the end.  I’m reading it aloud to Skeeterbug right now and then we will do the unit study on it too.  Skeeterbug is loving lapbooking right now so we’ve got a few lined up in the near future.

« Peter Rabbit
How Aussies Do Snow »