Not long ago we saw James & the Giant Peach in the theatre. 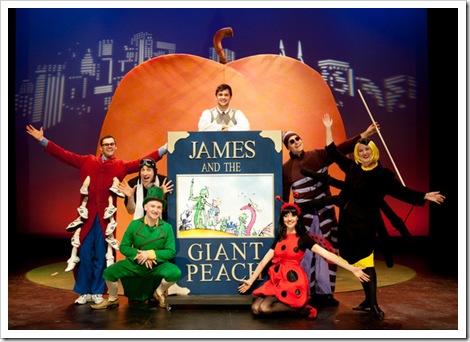 This is a story we didn’t know and didn’t have time to read before we went.  Sometimes it’s better that way so that you aren’t constantly comparing the book to the show as you watch.  Not sure how I got through childhood without reading this one. 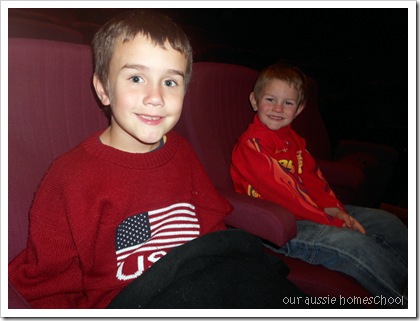 My only complaint is that it was hard to follow the growth of the peach.  The giant peach was already on stage when we arrived.  It was turned so that the back faced the audience so we saw the platform and ladders that were “inside” the peach. 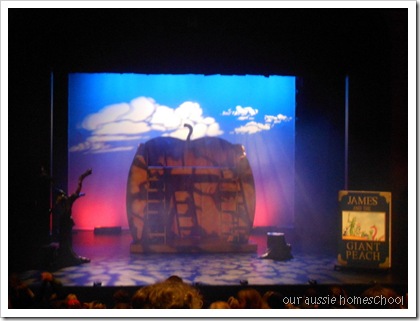 Before the show started they turned the peach around as in the picture below.  See that tree off to the left side?  That’s the peach tree where the peach grew in the form of a large orange balloon.  It got bigger and bigger until it couldn’t stay on the tree any longer.  The lights dimmed and the orange balloon disappeared, leaving the giant peach.  Only because we’d already seen the giant peach it was a little hard to follow. 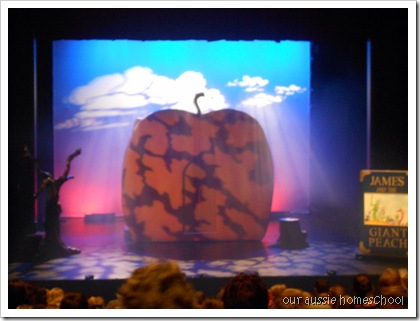 See that giant book off to the other side of the stage?  During the show they opened the book and inside was a TV screen.   They brought out a camera aimed at the audience which displayed on the screen.  Great fun. 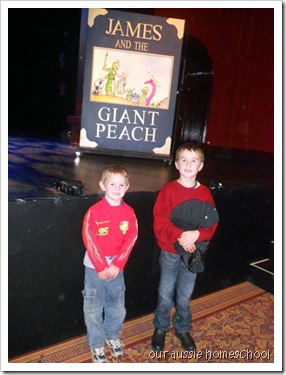 After the performance the actors came out on stage and took questions from the audience.  It was really sweet to hear the questions that the kids in the audience asked.  They were quite concerned that there were no cloud-men in the show.  The actors explained that they couldn’t put everything in the show or it would have been too long.  Since we didn’t know the story we didn’t know who the cloud-men were.  We soon found out since we started the book as a read-aloud a few days later.

Quite enjoyed at our house.  We’ll have to find the movie sometime. 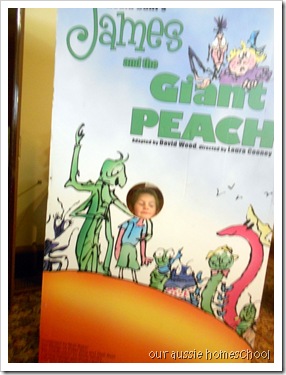 « Chalk Stencil
We start with ABC and we go all the way to Z! »