Chapter Five in Story of the World is a short one.  Skeeterbug did the colouring page and mapwork and then I knew it was time to do some kind of activity to make it stick.  So we made our own Akkadia. Sumer was made up of many city-states.  Sargon deceived the king, named the area Akkadia, and became ruler over all the city-states through military dictatorship.  Meaning he placed soldiers in all of these cities.  Step over the line and you are punished by his soldiers.  We talked about what that meant, what it would be like to live like that.  And we discussed that our family is not a military dictatorship, though it may feel like it sometimes! 🙂 We made our own city-states and made sure they were all occupied by soldiers. 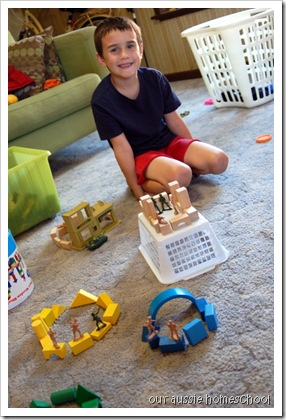 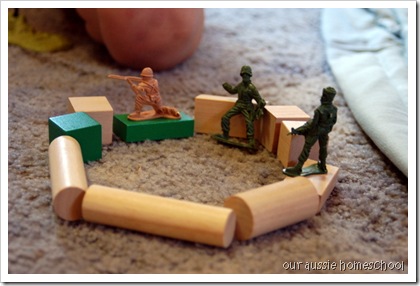 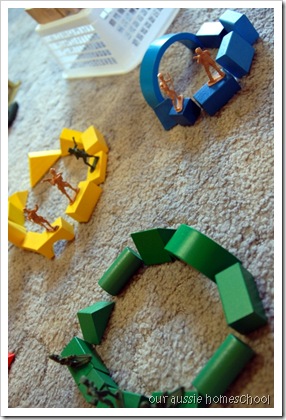 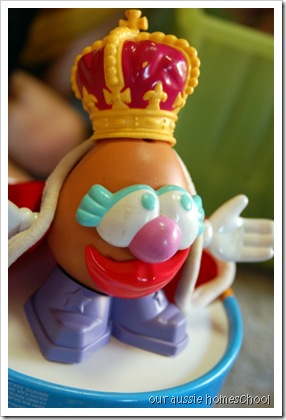 The blue sheets are meant to be the Tigris and Euphrates rivers, Akkadia was located between them. 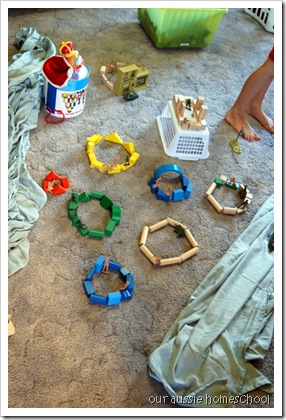 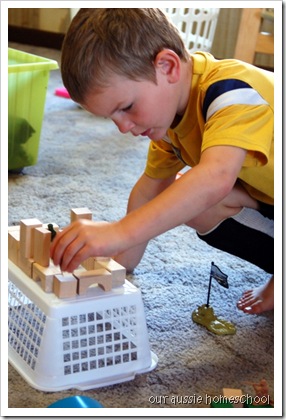 Rivers mean military boats.  They had those back then, right? 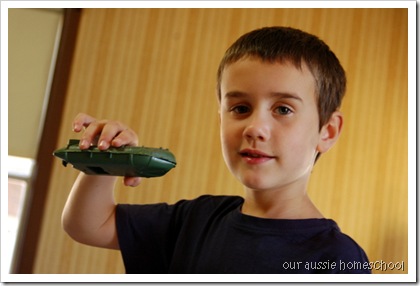 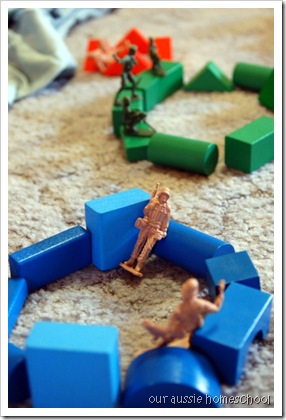 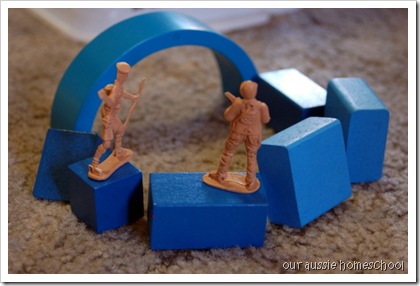 Rumour has it that Sargon was found as a baby floating in a basket down the Tigris River.  (Sound familiar?)  Forgot to add that to our play.  Such a very easy activity that kept the boys engaged for some time.  I’m not sure that Skeeterbug will be able to tell you much about King Sargon in the future, but I think he will remember the terms city-states and military dictatorship when we come across them again.