Venus has such a thick atmosphere that it is very difficult for spacecraft to photograph its surface.  Instead they have used radar to map the planet.  This project was designed to help us understand how we can map an area without being able to see it. I filled a box with crumpled paper and used packaging tape to keep it in place, forming mountains and valleys inside the box.  The instructions in the book actually called for using plaster of paris to form a hard surface, but listed tape over crumpled paper as an alternative.  Another option would be to use lego stacked to different depths throughout the box.  You need to have mountains of different heights and some flat spots as well.  You don’t want the student to see what the inside of the box looks like. 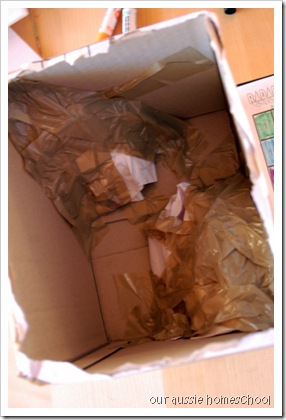 Place a piece of paper or cloth with a numbered grid over the box and secure it with tape.  You’ll need an identical grid on paper to record your findings.  The box I chose just happened to be the size of the paper from his notebooking journal with the grid, so we used that instead of making our own. 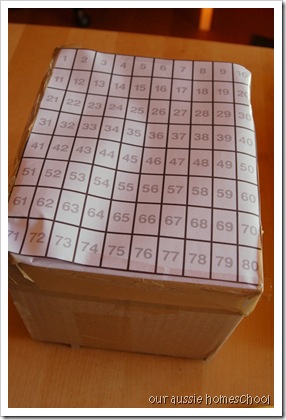 Colour a bamboo skewer with marker to measure different depths.  I changed the colour every inch, with such a tall box we needed practically the whole skewer. 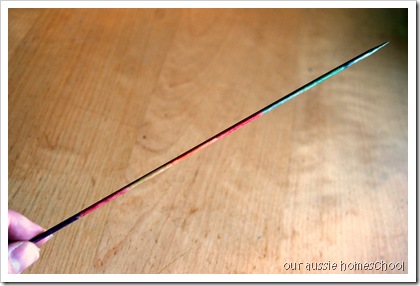 Poke through the paper/cloth and measure the depth using the colour on the skewer.  Colour in the corresponding box on your paper grid. 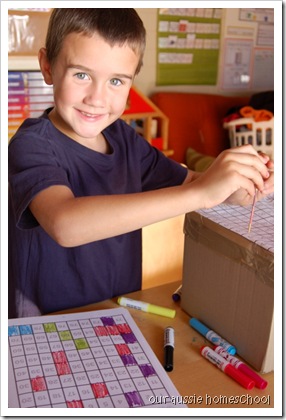 When you are done you have a picture of the inside of the box.  You can tell where the mountains and valleys are based on how far down the skewer could go in each section.  We did this project over two days since there were eighty sections to poke through on our grid. 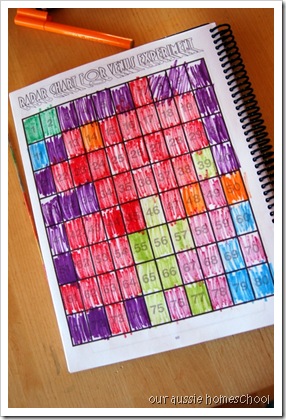 In hindsight I would have used a shorter box, or used fewer colours on the skewer with this tall box.  Maybe a smaller box too, so that we didn’t have eighty squares to do; although this many would be perfect if you have more than one child participating.  Skeeterbug kept getting it backwards, thinking that the further the skewer went in must be the high point in the box since it was higher on the skewer.  Actually I’m not sure if he was just saying it backwards or not.  When we took the paper off the box we talked through it and he didn’t seem confused about it at all, so maybe he was just saying it wrong. 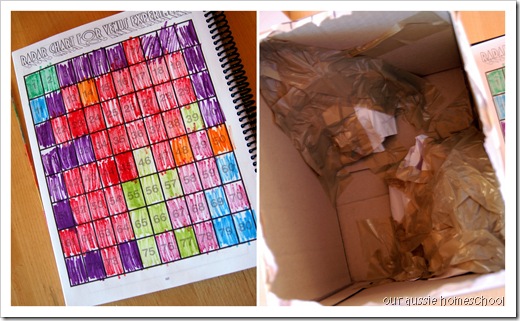 I think that there were places that he pushed the skewer in hard enough that it slid down the slippery tape further than it should have, making that area look deeper than it was.  That’s where pouring plaster of paris over my taped mountains would have helped.  Oh well, this was enough to help him understand how you can measure depth without being able to see what you are measuring, similar to how scientists have used radar to map the surface of Venus.

That wraps up our Venus studies.  We are taking a break from school next week and then we will be studying earth.  Maybe I’ll get to learn why we never capitalise earth but we do all the other planets.  It drives me crazy. 😉