Apparently Venus is covered in volcanoes.  Very exciting stuff.  Our activity for this lesson was not to make a volcano, but instead to make lava.  The text called for a bowl on a plate, we settled for a glass dish in a baking pan. 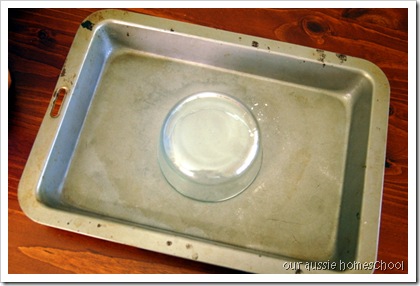 Pour some flour all around the upside-down bowl. 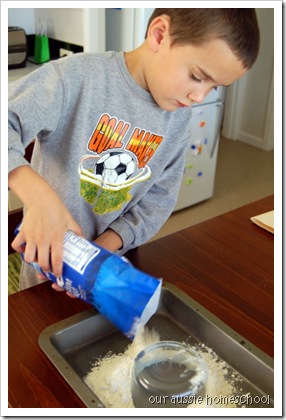 Enough flour that the lava has somewhere to flow. 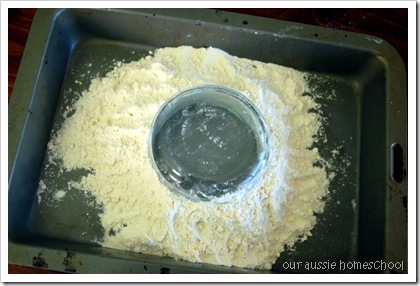 Melt some butter and pour it on top of the bowl, letting it run down the sides and pool in the baking dish.   (Wish I’d added some red food colouring.) 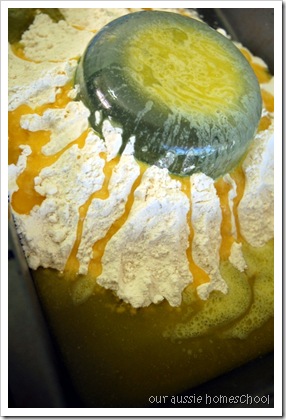 Once the butter lava cools you can see how the lava forms new surfaces on the planet.  If you leave it at room temperature it will also be loads of fun to press little fingers into.  Every time you walk by. 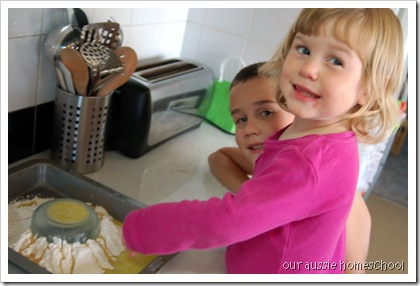 I suppose I could have put the whole thing in the fridge so that the butter could form a harder surface, but I think we got the point of the activity.

Next up for Venus: a radar project.