Continuing our studies on the sun, the lesson called for making a pinhole viewing box.  I fashioned a box out of some extra cardboard, leaving one side open for viewing.  I made a hole at one end which we covered with foil.  Then we poked a small hole in the foil using a pin.  This allowed the light to pass through and create an image on the other end of the box. Small pinhole means small image. 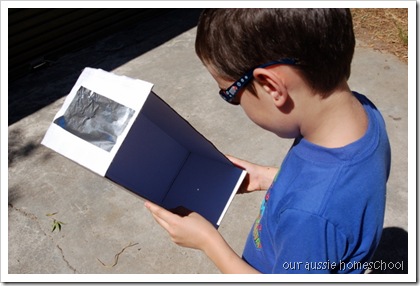 We enlarged it a bit. 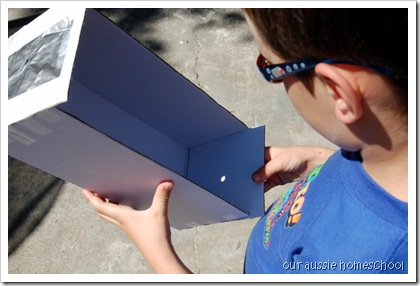 Then a bit more… 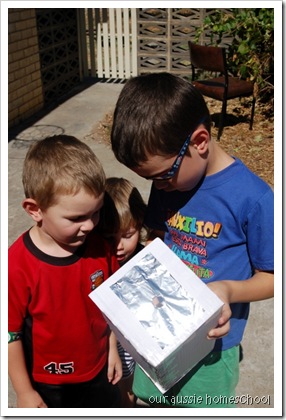 And that was about as much interest as we had.  The book said that if we got a large enough image we may even be able to see sunspots. 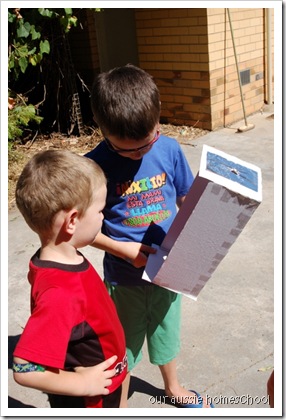 Our little box didn’t work so well, I think we’d need a longer box to make a bigger image of the sun and even then the sunspots would be tiny.  Spaceweather.com has a daily image of the sun so we will be looking at that to get an idea of what is happening on the sun right now.  We’ll have to keep our box for the next eclipse (apparently in November).  In the meantime I am planning to order some eclipse viewing glasses so we can get a better look at the sun.  After we finished, Skeeterbug asked if we could burn some leaves.  It was a hot day, so it burned very easily. 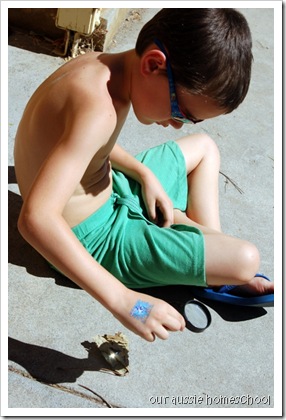 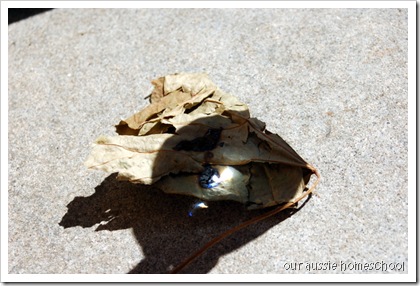 It, meaning one leaf, because we’d had enough of the heat by then!