One day last week we had an afternoon of games.  We hosted playgroup and that took up a good part of our day.  None of us were in the mood to get back into school work after that.  So games it was.  Jitterbug’s recent favourite is Monopoly Jr.  (Hmm, ours looks a little different from this one at Amazon.) 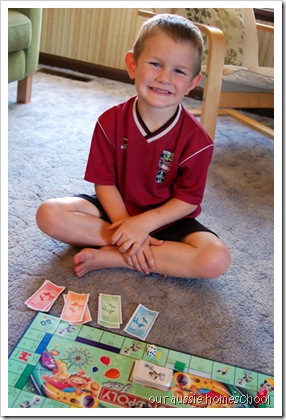 This has to be one of my favourites too.  Learning to count, basic addition, simplified rules for younger kids.  I have many memories of playing this with Skeeterbug. 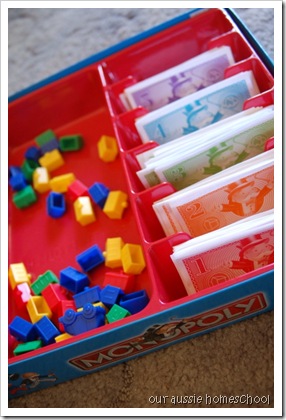 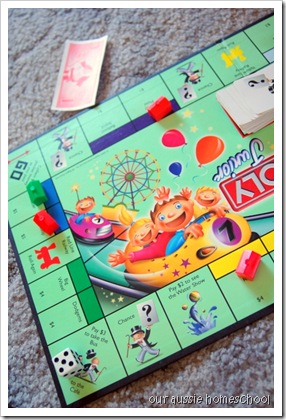 It’s especially great when you are the winner!  Jitterbug got down to just $1 and came back for the win.  (Mama may have landed on his properties a few extra times when he wasn’t paying attention.) 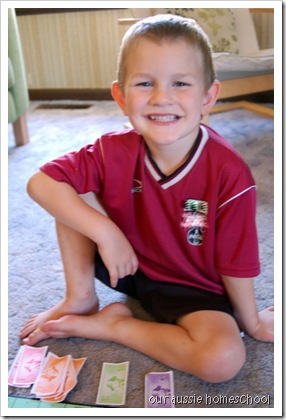 Skeeterbug busied himself with our Zoob set. 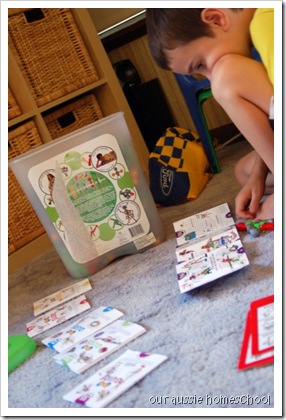 Ladybug chose Zingo.  Since she didn’t have much on in the way of clothing so I’m including only a very cropped picture. 🙂  Zingo is another favourite here.  Ladybug has been calling it her “puzzle game” and taking it with us places.  Usually the game is required to wait in the car but it did enjoy some time at Nana’s house the other night.  Ladybug completely gets how to play Zingo but unfortunately tries to play both sides of her card at once.  Difficult to keep the pieces on when you are constantly flipping it over.  There is also a Number Zingo and a spelling version called What’s Gnu?.  I’d love to eventually have those as well since the original has been so popular here. 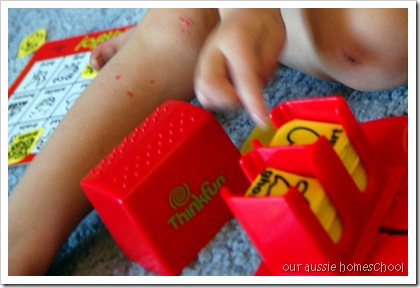 Next, a puzzle.  Love this Melissa & Doug Alphabet Train Floor Puzzle.  We haven’t had this out in a while.  I showed Jitterbug how to look at the box to see what came next and he happily completed it by himself.  Love the realistically-drawn illustrations.  Beautiful.  They’ve used short vowels for all the vowel pieces, and fox for the letter x so it’s great for phonics.  The kids love running up and down the length of the puzzle once it is done. 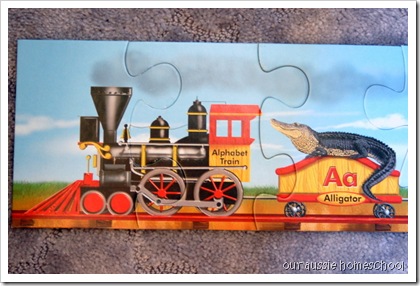 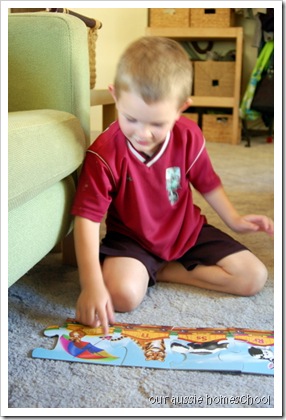 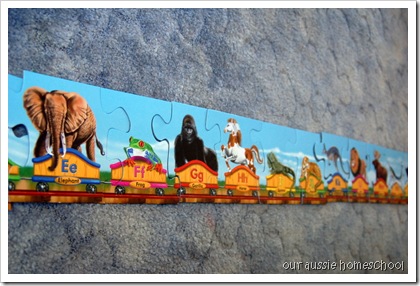 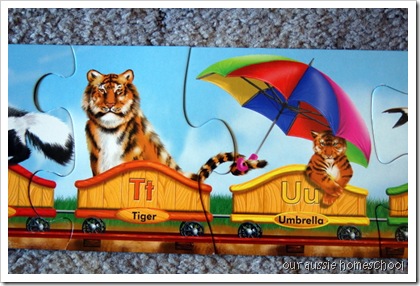 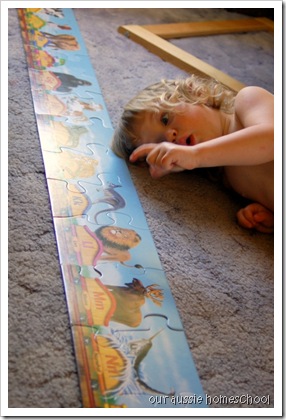 I think we’ll be having a games/puzzle/project afternoon every week after playgroup.  Too often I have to write off the whole day because we are just too tired and unfocused.  Which means fitting everything into four days a week.  If I’ve got some projects and educational games planned I’ll feel a lot better about playgroup day!  Playgroup is really their only time to freely play with friends during the week (our group is made up of homeschooling familes with kids ages newborn to about age 9), and it’s also a source of support for me, so it will stay a part of our week.  Later that night my husband got into the Zoob set too. 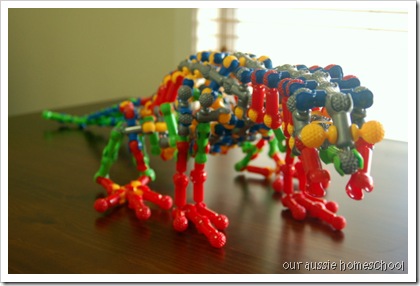 The kids have, of course, thoroughly enjoyed it. 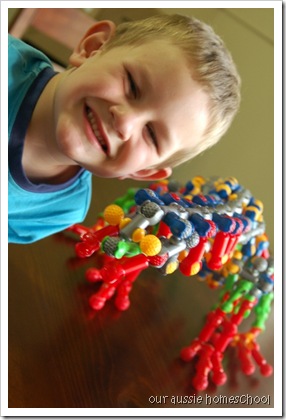 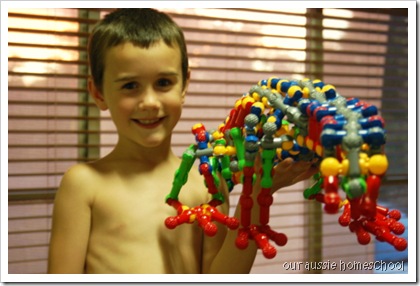